by Bee and Flower 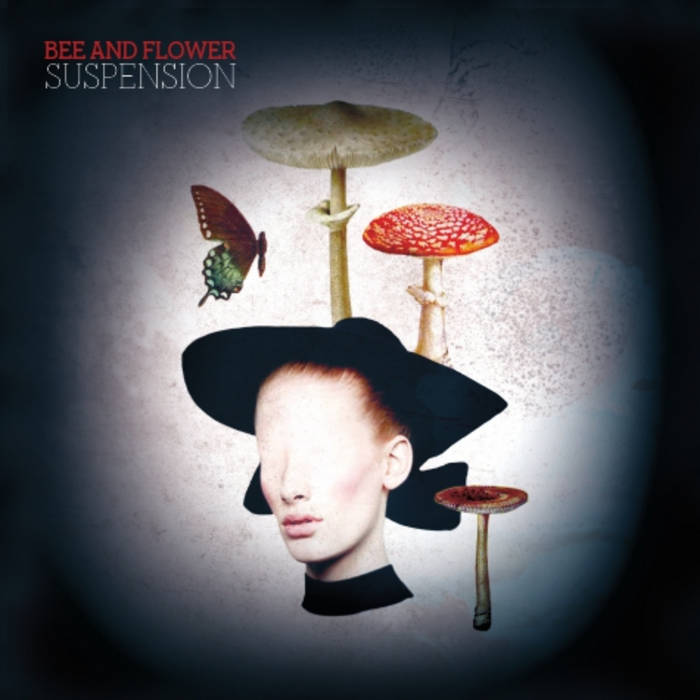 Morti Absolutely brilliant record. I'm a huge And The Wiremen fan and can't believe that I missed Bee and Flower all the time... shame on me :D Favorite track: In The Dawn and Dusk.

After having contributed to Baby Fire's debut album (“No Fear” (CHEAP666/006)) and shared a split with Keiki (“split 10"” CHEAP666/008) to celebrate the label's second anniversary, Dana Schechter and her band Bee and Flower have finally taken up residence in Cheap Satanism Records. These cheap demon lovers could not resist adding to their arsenal a haunting and definitely haunted band capable of casting a spell on the last listeners who haven't yet lost their way.

Bee and Flower was founded in 2000 in New York by singer/songwriter/bassist Dana Schechter; “Suspension” is their third album. The band's first two records, "What's Mine is Yours" (Neurot Recordings) and "Last Sight of Land" (Tuition) have very different moods shaped around Schechter's uniquely twisted and lush songwriting. Making "Last Sight of Land" (produced by Toby Dammit (Swans, Stooges)), was a sonic and lifestyle turning point for Schechter and keyboardist Roderick Miller, who decided to settle in Berlin after making the record. The core recording group of Schechter, Miller, and Dammit were joined by Thomas Wydler (Nick Cave & the Bad Seeds) on drums; the live / touring band then formed, including Berliners Jonathan Heine and Thomas Fietz.

The songwriting and initial recordings for "Suspension" began in Berlin, but it only fully took shape when Dana Schechter moved back to New York in 2008 after spending four years in the german capital, leaving behind many questions and uncertainties. But with the return of founding NYC members Lynn Wright and Jon Petrow, inspiration returned in full force and the trio was soon joined by Berliners Miller and Fietz, and the album was completed.

With all the movements and experiences gained, it's not so surprising that "Suspension" has echoes of the previous albums: it plays in the balance between the brooding debut "What's Mine Is Yours" and the heavily symphonic nature of “Last Sight of Land”. The writing has a renewed focus and determination as they play with chiaroscuro, mixing harsh light with haunting obscurity. As for Dana Schechter's subtle, smoky voice, it manages to avoid all the genre's traps and it offers a delicate bitter-sweet taste. More than ever, Bee and Flower succeeds in bringing light to the darkness.

As always with Bee and Flower, there is a long list of special guest members and contributors. Recorded by Martin Bisi in New York (The Dresden Dolls, Swans, Sonic Youth) and Ingo Krauss in Berlin (Crime & the City Solution, Tindersticks...), the album features Martin Wenk (Calexico), Toby Dammit, Paul Watson (Sparklehorse), J.G. Thirlwell (Kronos Quartet, Foetus) to name but a few.
They are the second band on the label which has no link whatsoever with satanism or anti-church movements. Bee and Flower succeeded in conquering our hearts by bribing us with a 7" copy of “ I Hear Voices” by Screamin' Jay Hawkins!