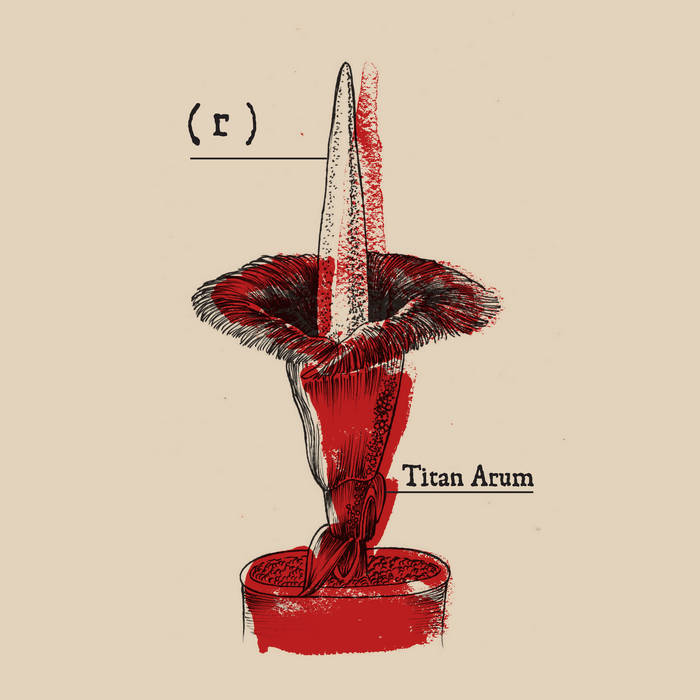 Titled after the eponymous plant of the largest unbranched inflorescence in the world, also known as the "carrion flower" due to its odor like that of a rotting corpse, the album carries the botanical metaphor on its original artwork illustrated by Fabrizio's bandmate in Larsen, Marco “il Bue” Schiavo and swings between almost disco-pop moments, bursting noises and sonic and moody implosions. Poised between song format and textured droning sound expanses, it ends with a cover of Leonard Cohen's "Lullaby".

The album, mastered by James Plotkin and co-released by the Belgian label Cheap Satanism and the Torino based Delete Recordings, will follow the release of the remix of the single "The Side Effects Of Self Indulgence" by Italian disco house duo Hard Ton on Noodles Label on the 25th of September and two videos directed by Omar Bovenzi and London visual artist and performer John Lee Bird.