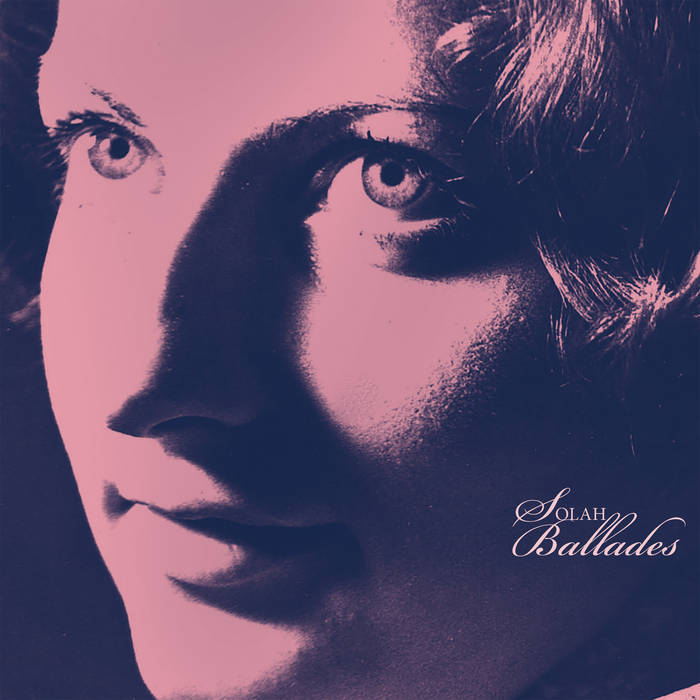 Previously known as JESUS IS MY SON, Solah is the new name given to GRÉGORY DUBY's solo project. SOLAH is the acronym of "Songs of Love and Heat" which pays indirect tribute to the album "Songs of Love and Hate" by LEONARD COHEN. It is also the title of a previous Jesus Is My Son album released in 2016 on INI.ITU.

Grégory Duby is a Brussels-based guitarist who has been active for over 20 years. For 10 years, he has played in the noise rock trio K-BRANDING. He then formed the experimental band ZOHO with AYMERIC DE TAPOL, ARNAUD PAQUOTTE and BENJAMIN CHAVAL (now a member of AVALANCHE KAITO). More recently, he started SECTE with DAVID COSTERNARO (VITAS GUERULAÏTIS, TA2NOISACT) with whom he released a debut album last January on Cheap Satanism Records. Besides his activities as a musician, he manages with two friends MANDAÏ DISTRIBUTION, one of the last independent distributors of alternative music in Belgium.

With his solo instrumental project, he confronts silence with melodies. His music research is mainly inspired by minimalism and western and eastern folk music. Both Solah and Jesus is My Son aspire to create a stripped-down, melancholic music. Grégory Duby's influences range from POPOL VUH and LOREN CONNORS to ERIK SATIE and OMAR KHORSHID.

Through this album "Ballades", Grégory wanted to pay a dual tribute. First of all, the choice of songs was dictated by the recent death of a loved one. This album is a kind of farewell to Her. Secondly, he pays his respect to DEREK BAILEY, an English improvising guitarist who empowered Grégory in the way he interpreted the songs. Derek Bailey released the album "Ballads" on TZADIK in 2002. Unlike most of his previous albums, which are mostly made of improvisations, the guitarist performs jazz standards while keeping his own particular playing style. This led Grégory to realize that the best way to make music is to do only what you always get back to. For Bailey, it was free improvisation. For Solah, it's slow, spare and fragile songs. "Ballades" offers a fresh listening to melodies we grew up listening to.

"Ballades" is Grégory Duby's first solo album since "Tout a une fin (même l'amour)", also released more than 4 years ago on Cheap Satanism Records. Between these releases, 2 digital EPs ("Toujours sans espoir" and "For Sylvain") were released on FF HHH, his own label.