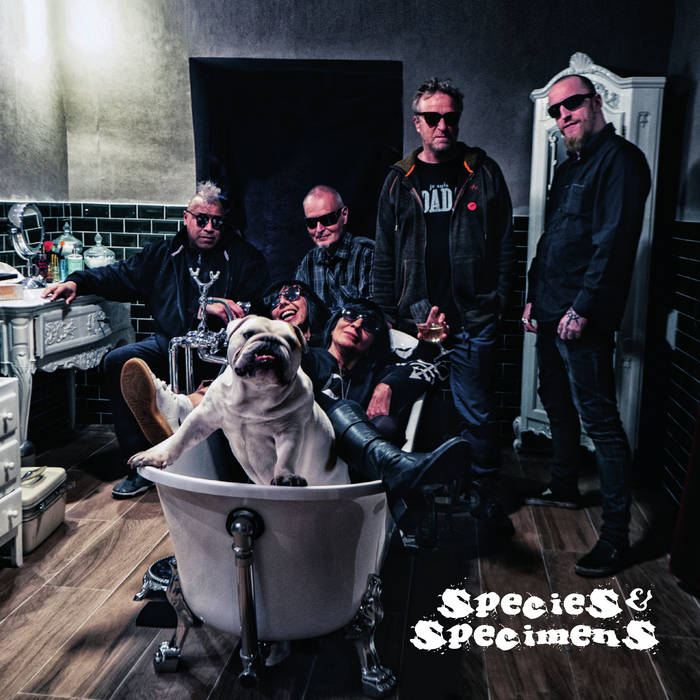 Species & Specimens is the new album of the Brussels-based electro witches duo Alk-a-line. If you haven't already been wowed by Alk-a-line, it's high time to discover them!

Laurence Castelain, on the microphone and bass, rocked for years with punk rock outfit The Chicks, heading an energetic female line-up and later also doing vocals with Flesh and Fell. Add to the mix the keyboards, voice and theremin of Sandra Hagenaar from Fifty Foot Combo and you get a sound which is at once pacey and modulated, trashy and sophisticated. They call it electro under P.P.P. influence (Pop(Post)Punk).

Their first EP has been out on the Disc-o-Bolle Label in 2009 and features four fabulous cuts and remixes by Implant, Velvet Underwear, The Young Gods and SM Xperience.

Their second LP, Cosmic Trip Comic Strip, has been released on Lynch Law Records in 2013 and can count on nice collaborations from Jean-Luc De Meyer (Front 242) and J Perry-Salkow (Flammarion, Actes Sud)

Alk-a-line is from now on as efficient in a concert hall as a dancefloor, as recently approved by Belgium and Luxembourg audiences. The first single, Homo Sapiens, clip has been filmed at Magasin 4 in Brussels. Alk-a-line is all about an amazing live energy dose on stage!