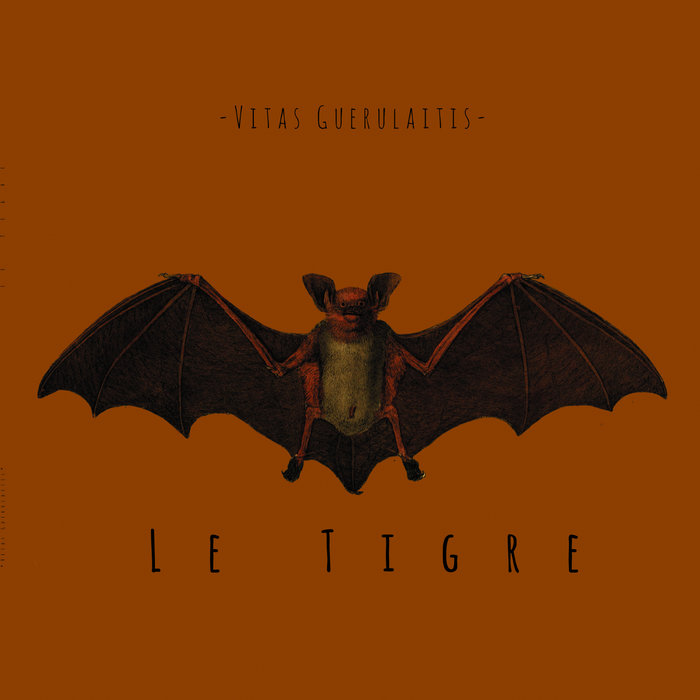 Vitas Guerulaitis are a Belgian trio bearing the misspelled name of a dead Argentine tennis legend. Their music is impossible to classify.

In Le Tigre, the songs are titled Os de source (spring water bones), Dépouillage (stripping), Classic Indic (classical informer). Célia Jankowski sings word bits with the beautiful voice of a female flute or female drum. She builds her singing up on keyboard riffs, all making colourful hammocks. Ismaël Colombani, the bear-bird as wise as a savage, puts other word bits around his precious guitar as David Costenaro knits away on drums, like a woodpecker with intermittent screams of "ouhhhh". The band's unique sound is consciously crowded, like a jungle, wrapping you round like vines. Lyrics stop and start like musical chairs.

When you piece together their little chunks of shattered words, the effect goes beyond metaphor. It's not surrealism; nor realism. You could call it "surprism", surprise and prism. Blocked and then unblocked musical motifs in turn unleashing emotive reactions, making joints more supple and heightening circulation. You never can quite tell if the music is becoming over-elaborate to mirror the lyrics or if the lyrics are moulding themselves top the staccato rhythm. Words are arranged around the musical arrangements, and vice-versa. Friendly agreement.

Le Tigre might not be that serious but it is beautiful, like a chandelier in the jungle, reflecting and refracting light in such a way that people blink, bugs run and babies sneeze.