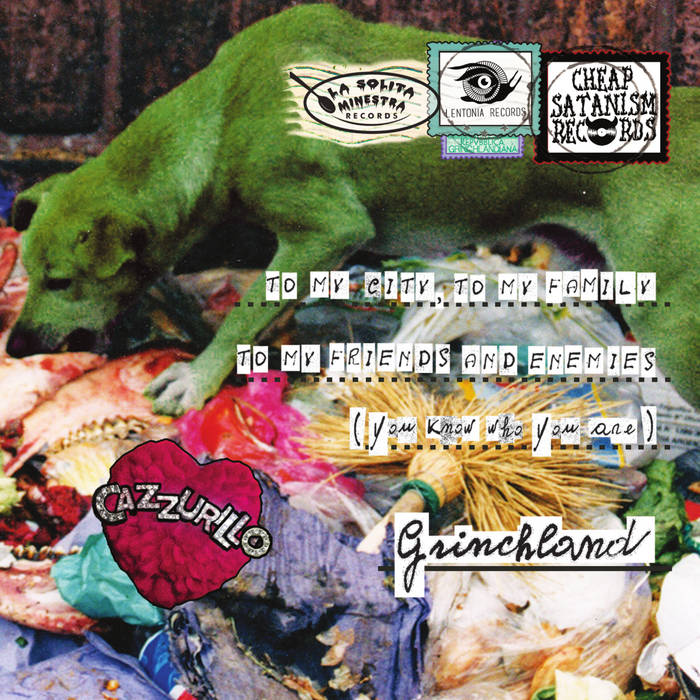 "Greetings from Grinchland", CAZZURILLO ’s new album is dedicated to her hometown, Milan, fashion capital. She ironically renamed this "showcase city" as Grinchland.

Proclaimed DIY Artist, with voluntarily discontinuous and messy musical process, this singular performer has just completed a subjective album, which by its narrative form and quality of catchy songs reveals a bold revolt.

The eleven tracks on the album tell brief of life in her city of origin, the restless elite, the hysterical glamour. CAZZURILLO conveys her raw sense of exclusion and the solitude towards the careerism, the easy money and the hypocrisy of the golden city.

She sets herself aside in a corner, leaves her emerged memories in a sound layer cake resulting from an obsessive cut and paste, overdubbing and mixing accompanied with slowly melancholic voices.

All songs were composed and arranged by CAZZURILLO with the precious collaboration of some guests as Beppe Mondini, Marco Menardi (Re Beluga), Roberto Maggioni (Raubaus), Gabriel Marzi.

The album was recorded and mixed in a home studio and completed later on at Bunker Studio in collaboration with Andrea Rovacchi (Julie's Haircut).