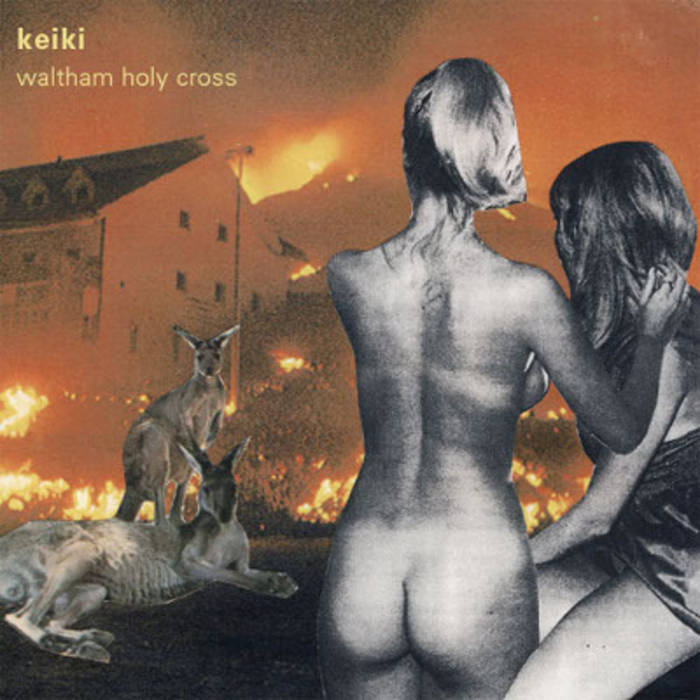 Keiki’s second album, Waltham Holy Cross, is released on October 19th on a new label called Cheap Satanism Records. These amateur devil worshippers will transform this “satanic pop” duo from Brussels into a modern version of Faust. Success, glory. Their souls at the ready. A herd of billy goats waiting to be slaughtered to reach their goal.

Keiki is made up of half-English female singer Dominique Van Cappellen-Waldock and half-Italian guitarist Raphaël Rastelli. When she was 18, Dominique met Ronnie James Dio, Black Sabbath’s second vocalist. This was to affect her love life for years, as well as her approach to music. Her passion was transformed into love of doom metal and cats, among other things. In the early nineties, Raphaël sublimated his outbreak of acne by putting together Les Jeunes, a band which was part of cult collective La Famille. They were to shake the rebellious kids of Wallonia and beyond. When keiki was founded in the noughties, their music had shifted from major to minor mode (”True heaviness lies in minor chords” claimed Tony Iommi from Black Sabbath). Today one feels that it combines a wide range of influences: P.J. Harvey, Beastie Boys, Enon, Add N to X, Dead Kennedys and even Venom.

It may seem like a simple recipe: steady vocals, striking guitar riffs, beat boxes programmed in “step” mode only and, most of all, the supernatural sounds of the theremin – an instrument as hard to tame as a wild horse. But simple, it is not. It’s straightforward, catchy and groovy. Keiki’s world is even more twisted and funny if you listen to their lyrics about Andy Warhol’s mother (Andy’s Candy), homosexual love between a mouse and a dragon (Rainbow Cheese), an English seaside town for the elderly (Skegness), the love of a butcher for a prostitute in an US mining town (Lottie Johl), cancer (Forest Fire), stalking (Glue) or dissection (Vital – a tribute to Japanese film-maker Shinya Tsukamoto). Waltham Holy Cross, the album’s title, refers to a small town lost in the London suburbs, close to where Dominique spent some time during her childhood. The CD sleeve – a collage by Gélise – also pays tribute to life in the suburbs of Britain: arson, sex and kangaroos.