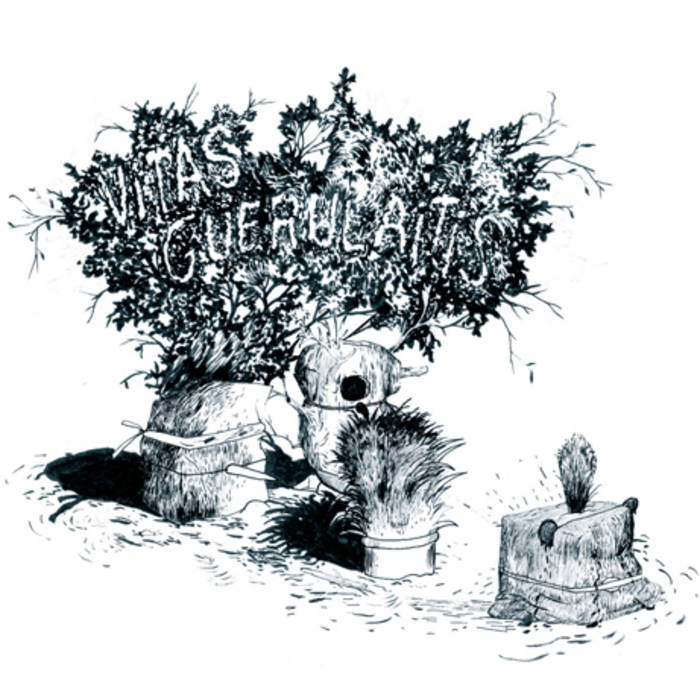 After signing Joy As A Toy who claim to play "tennis pop" it was only natural for Cheap Satanism Records to include Vitas Guerulaïtis in their roster. The name of the band is obviously a nod to one of the most blazing players in the history of tennis. Vitas Gerulaitis was this inveterate party animal not always at the forefront of his opponents.

The band comprises three french activists who sought refuge in Brussels. One may wonder what brought the trio together as their drummer is an image editor who loves monoskiing and worships Jim Thompson, their keyboard player specialises in performance and studies the behaviour of flies, and their guitar player is a mystical violin player who gives lectures once in a while.

Vitas Guerulaïtis is Cheap Satanism Records' first band to have no connection whatsoever with satanism or anti-church movements. In order to make up for this flaw, they promised to write a 6'66''-long track.

Their debut album is released in conjunction with French label Tandori (Drive with a Dead Girl, Maria Goretti Quartet). Vitas Guerulaïtis are tightrope walkers who prefer to work without a net. They will even do the splits and achieve a subtle balance between dadaist punk and psychedelic kraut rock which will turn your skull upside down.

To counter-balance the tension provided by their music, they have chosen to explore the realm of the absurd and the poetry that lies within. One moment they will go for lame play on words (Chomeuse Go On), the next they will imagine that they are standing on a hill, being filmed in wide shot (Ben Hur). They will also question the Holy Virgin’s right to early retirement (15 août).

As for the 6'66''-long track they had promised, it will have to wait. Vitas Guerulaïtis were unable to stick to the 6'66''-long format of "Panda Géant" and took the song way beyond.