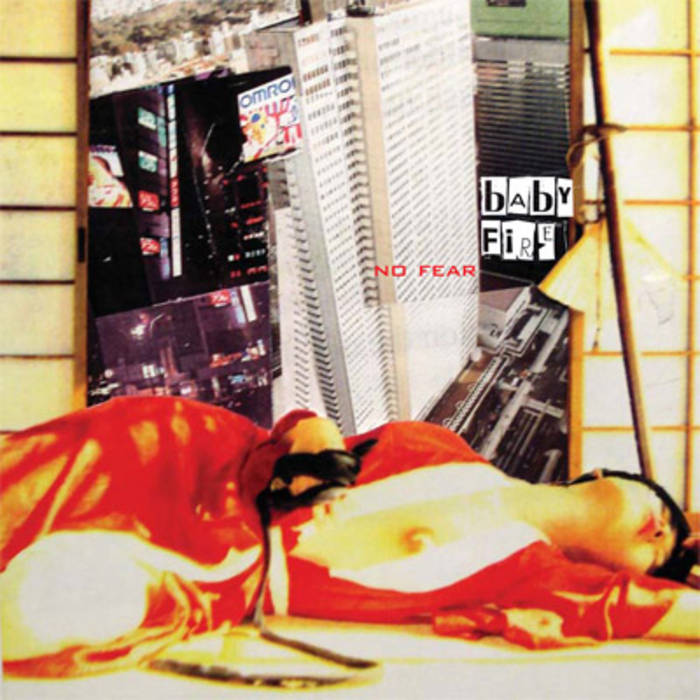 Ottis Toole was known for being Henry Lee Lucas’ lover and accomplice. This inspired film-maker John McNaughton for “Henry, Portrait of a Serial Killer”. Toole was also a cannibal and a pyromaniac. In a filmed interview he once explained how excited he would get when, for instance, he succeeded in setting a mattress alight. Such a fire he would call a “baby fire”.

His tragic life inspired Diabolita who started Baby Fire as a solo project. She met drummer Cha! at a Cheap Satanism Records’ party. In January 2010, they started rehearsing and within a few months they were opening for bands such as HRSTA (Canada), Part Chimp (UK), CJ Boyd (US), Lydia Lunch & The Big Sexy Noise (US/UK)…

Their debut album named No Fear will be released on March 21st 2011 on Cheap Satanism Records and it will feature special guests Dana Schechter (Bee and Flower, The Angels of Light…) and Eugene Robinson (Oxbow).

Recorded and mixed between September and December 2010 at Dame Blanche studios by Raphaël Rastelli, assisted by Matthieu Michaux.
Insect/flower, Sober and Everybody's Got a Hungry Heart mixed by Gil Mortio at Studio Nouille.
Arkwork by Freddy Bones.
Layout by Fabienne Bonnoron.