Dead as a Dodo

by Joy As A Toy 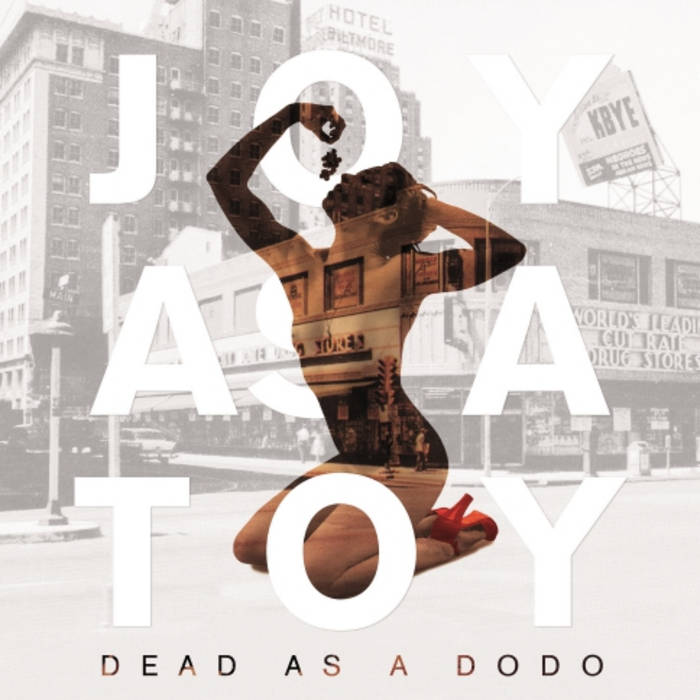 Sand The band got the idea to mix Horror movies musics&sounds to Pop&Rock with a light touch of old school. The result is just brilliant and incredibly catchy despite numerous experimental or weird bits. It's less ambitious than Goblin best stuff but a lot more catchy and more easy to listen.

Almost precisely 2 years after the release of their first album "Valparaiso" (CHEAP666/003), Joy as A Toy is back with a new opus full of un-nice sentiments, in a position to do justice to its self-awarded title of Vampire Rock destroyers.

"Dead As A Dodo" immortalizes this pretty crazy project presented during the 1st ZomBIFF Night, staged by Cheap Satanism Records at the Brussels International Fantastic Film Festival. As a reminder, bass player Pierre Verloesem (X-Legged Sally, Flat Earth Society …) added to the band on that special occasion. Joy As A Toy took the opportunity to use analogical synthetizers and samplers in order to play a repertoire which was freely inspired by original soundtracks in movies directed by the master of horror Dario Argento. It should have been a mere fun exercise, but the experience turned out to be an incredibly fertile playing field for the trio consisting of Gil Mortio, Clément Nourry and Jean Philippe De Gheest.The result positively surprised the audience, which was not expecting such an enjoyable uppercut in the face. Therefore, the band has decided to convert the attempt into an album in due form.

"Dead As A Dodo" was recorded in company of Pierre Verloesem (who also managed part of the sound mixing and mastering) and with guests such as Mai Lev and Marti Melia. This album sounds as if it were the ideal soundtrack for an hallucinated nightmare, a psychedelic and angular trip as well as a snoring and stumbling B movie. In a few words, it is venomous, funny, grating and implacable.

If references to Ennio Morricone and Goblin are manifest, the band is far from indulging in a simple rereading. Joy As A Toy prefers to incorporate typical codes and figures from the genre to its sonic, unbridled and abounding music. The trio further distances itself from these inspirational models thanks to their ability to polish some tracks with surrealistic vocal harmonies, truly abrasive, which are their trademark. Some will maybe remember that the band members took a genuine pleasure to describe themselves as "Wasted rock'n roll Beach Boys with a bad English accent". This baseline thus seems still relevant today. We just want to believe that the accent has improved.